Often confused with Mongols, Tatars were a different ethnic group inhabiting the Steppes. They have an interesting history. Read on..

The Tatars were originally a poweful Turkic tribe. The word Tatar in Persian means ‘to pitch a tent’ hence reflective of their nomadic origin. The later European derivative of Tartar from Greek Tartaros (hell) was a distorted, non-flattering version of Tatar. The Tatars were not uncivilized and had a sophisticated administrative system which enabled them to rule their lands effectively.

After the death of Attila the Hun, the Hun empire disintegrated into smaller Turkic kingdoms. From here, the kingdom of Greater Bulgaria arose in the 7th century. Later, when this kingdom split into two, one part allied with the Khazar and Alan tribes. They moved to eastern part of the European plains. By the 8th century, this group moved to what is now Tatarstan. Later, in the 9th and 10th century, the Bulgar realm was formed.

In the 13th century, Genghis Khan re-united the region’s Turkic nomads into his army. The Tatar-Mongol Khanates that once ruled Central Asia, Russia and Eastern Europe are the ancestors of the Kazan Tatars. Under Batu Khan’s leadership, the invading Mongols reached Eastern Europe (Hungary and Germany in 1241). Around 14th century, the Golden Horde disintegrated into four khanates –  Kazan, Astrakhan, Sibir, and Crimea. Russians conquered the Khanates of Kazan, Astrakhan, and Sibir whilst the Crimean Khanate became a vassal of the Ottoman Empire. The Crimean Khanate was later annexed by Russians in 1783.

It was precisely in 1552 that Tsar Ivan IV conquered Kazan and defeated the Volga Tatars. The conquest of Kazan opened the way for the expansion of the Russian empire across Siberia to the Pacific. In 1708, the region was officially organized by the Russian Empire as the Kazan Province.

Almış Iltabar was the first Muslim ruler of Volga Bulgaria. Initally, he was a vassal of Khazars and sent ambassadors to the Baghdad Caliph. He later became an ally of the Abbassid empire and adopted the Islamic name of Jafar ibn Abdullah.

Ibn Fadlan was an expert in Islamic jurisprudence and served in the court of the Abassid Caliph al-Muqtadir. He visited this region to educate the recent converts about Islamic law. His delegation covered 4000 kms using established trade routes. They passed through Bukhara and Gurgan, crossing regions inhabited by several Turkic tribes.

Even today, most of the Volga Tatars are Sunni Muslims although they continue to practice their Tatar traditions too. Sufism is popular with the Tatars due its emphasis on ascetics. Islam has enjoyed a resurgence among Tatars since the fall of the Soviet Union. 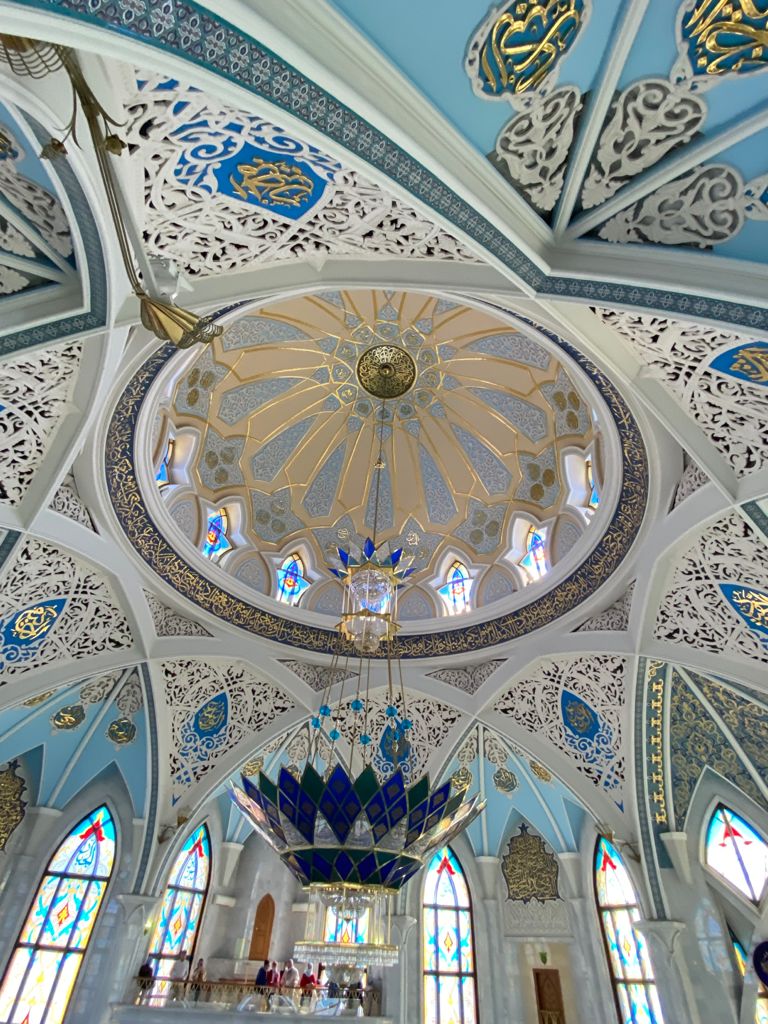 Today, Tatarstan is one of the most economically and industrially developed regions of Russia. The region’s main source of wealth is oil. Tourism is also an important activity, with the presence of three UNESCO world heritage sites in Tatarstan.