Home » When Baghdad was an Intellectual Powerhouse
History 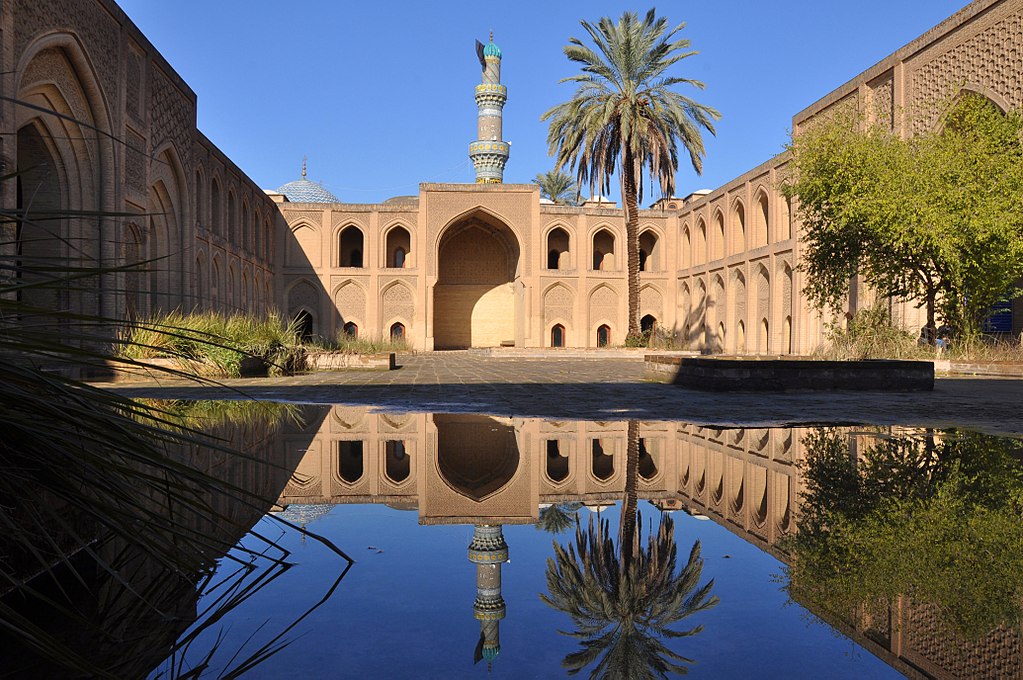 By the 8th century, the Islamic empire covered an area larger than the Roman empire at its height. Unrest had been brewing up amongst the non-Arab population for some time now as they felt discriminated. It was also felt that the Umayyad Caliphate had increasingly become materialistic and had lost their way from the true path of Islam which is based on modesty and simplicity. Eventually, this discontent snowballed into a full rebellion in 750 AD and led to the formation of the Abassid Caliphate. In 762 AD, Baghdad was established as the capital of the Abassid Caliphate in modern day Iraq. The period from 8th century to 13th century is known as the Golden Age of Islam. Baghdad played a pivotal role in this Golden Age and became a great centre of learning and innovation.

Baghdad’s location between the Tigris and Euphrates Rivers provided it ample water and could sustain a large population. In pre-Abassid era also, Baghdad was already an established centre of trade on the overland route and goods like ivory, soap, honey and diamonds were traded there. It was also an important manufacturing centre for silk. glass, tiles and paper.

Baghdad attracted many people primarily scholars who made it their home due to state patronage and the enabling environment. The writings of Arab historian and biographer, Yakut al-Hamawi, describe Baghdad in the tenth century:

“The city of Baghdad formed two vast semi-circles on the right and left banks of the Tigris, twelve miles in diameter. The numerous suburbs, covered with parks, gardens, villas, and beautiful promenades, and plentifully supplied with rich bazaars, and finely built mosques and baths, stretched for a considerable distance on both sides of the river. In the days of its prosperity the population of Baghdad and its suburbs amounted to over two [million]! The palace of the Caliph stood in the midst of a vast park several hours in circumference, which beside a menagerie and aviary comprised an enclosure for wild animals reserved for the chase. The palace grounds were laid out with gardens and adorned with exquisite taste with plants, flowers, and trees, reservoirs and fountains, surrounded by sculpted figures. On this side of the river stood the palaces of the great nobles. Immense streets, none less than forty cubits wide, traversed the city from one end to the other, dividing it into blocks or quarters, each under the control of an overseer or supervisor, who looked after the cleanliness, sanitation and the comfort of the inhabitants.”

Abbasid Caliphs Harun al-Rashid and his son, al-Ma’mun, who followed him, established a House of Wisdom (Bayt al-Hikma) in Baghdad which was a dedicated space for scholarship. Ma’mun was not the only Caliph who was a patron of learning but he stood out as he himself was a highly learned scholar of Islam, Philosophy and Theology. The early Muslim theologians eventually trained in the art of dialectic debate and argument, of which Ma’mun was an expert too. He recruited famous scholars to come to the House of Wisdom who came from different religious and ethnic backgrounds. He pursued learning with a messianic zeal and collected texts from all over the world in the House of Wisdom.

Eventually, strong state patronage and bringing together of the world’s finest minds under one roof led to many discoveries and inventions. A special emphasis was laid on translating Greek texts and texts from other regions, as well as contributing new insights in the different fields like philosophy, astronomy, medicine, and many other disciplines. It was during this era in the 11th and 12th century that the Madrasas as institutions of learning started taking shape. While primarily law was taught here, the subjects like theology, history and mathematics were taught as well.

By the middle of the ninth century, Baghdad had become the centre of the civilised world, attracting the very best of Arab and Persian philosophers and scientists for several centuries to come. The House of Wisdom grew rapidly with Greek, Persian and Indian texts and their Arabic translations. This process was aided by the mass manufacturing of paper. In Baghdad, particular neighbourhoods were allocated to paper manufacturing and in Bazaar paper merchants and sellers owned distinct sectors being called Paper Market or Suq al-Warraqin. There is a theory that Chinese prisoners captured during the Battle of Talas introduced paper making to Samarkand and from there to the rest of the Islamic world. According to Jonathan Bloom – a scholar of Islamic and Asian Art with a focus on paper and printing claims that there is archeological evidence that paper was already known and used in Samarkand decades before 751 AD.

The most prolific translator of Baghdad was Hunayn ibn Ishaq, who was a Nestorian Christian and mastered four languages – Arabic, Syriac, Greek and Persian. Hunayn ibn Ishaq became arguably the chief translator of the era, and laid the foundations of Islamic Medicine. In his lifetime, ibn Ishaq translated 116 works, including Plato’s Timaeus, Aristotle’s Metaphysics, and the Old Testament, into Syriac and Arabic. Ibn Ishaq also produced 36 of his own books, 21 of which covered the field of medicine. It is the medical work of the physician Galen that is his most important legacy, for not only did it open up the Islamic world to this great treasure, in many cases it is only via these Arabic translations that much of Galen’s work reaches us today.

The eye according to Hunain ibn Ishaq. From a manuscript dated circa 1200.

Another famous personality was mathematician Muhammad ibn Mūsa al-Khwārizmi. His name suggests that he was originally from a province of Uzbekistan. He worked in the House of Wisdom as a mathematician, geographer and astronomer. Together with Kindi, who was another great mathematician and Philosopher, he was instrumental in introducing the Arabs to the Hindu decimal numerals that we use today. But his greatest legacy is his extraordinary book on algebra Kitab al-Jebr (The Book of Completion) in which he lays out for the first time the rules and steps of solving algebraic equations. The word algebra is derived from the title of his book. In addition to his work in mathematics, Al-Khwarizmi made important contributions to astronomy, also largely based on methods from India, and he developed the first quadrant (an instrument used to determine time by observations of the Sun or stars), the second most widely used astronomical instrument during the Middle Ages after the astrolabe.

Two other great scholars of this era are Ibn Sīna (980-1037) and Ibn Rushd (1126-98), both of whom are more familiar in the west by their Latinised names: Avicenna and Averroës. The former is best known as a physician and is by far the most famous scholar in Islam. His Canon of Medicine was required reading in Renaissance Europe right up to the 17th century. Meanwhile Ibn Rushd, who was born in Cordobá, is thought of as the last of the great Muslim philosophers.

There were many notable scholars who may have not lived in Baghdad but were prominent scholars of the Islamic Golden Age. There was the Iraqi genius Ibn al-Haytham, the greatest physicist. He was the first to explain that vision occurs when light reflects from an object and then passes to one’s eyes. He was also the first to demonstrate that vision occurs in the brain, rather than in the eyes. There was Ibn Khaldūn, the acknowledged father of social science and economic theory. Who can forget Al-Biruni who was an Iranian Scholar and Polymath.  A gifted linguist, he was conversant in Khwarezmian, Arabic, Sanskrit, Greek, Hebrew and Syriac. In 1017 he travelled to the Indian subcontinent and wrote a treatise on Indian culture entitled Tārīkh al-Hind (History of India), after exploring Hinduism as practiced in India. His writings known to be written with impartial objectivity won him the title al-Ustadh (“The Master”).

It is impossible to cover all the accomplishments and the notable personalities of this era in one article. The siege of Baghdad in 1258 by the Mongols led by Hulagu Khan destroyed the city and most of its population died at their hands. Thus, came the end of this glorious era.

Thanks a lot! Glad you enjoyed reading.

Thanks Vivek. Glad you enjoyed reading.